Unit 1 benefits from having a group of experienced instructors who all have one thing in common: they all want to help  you develop your martial arts skills, confidence and fitness…and have fun while you do it.

Each instructor has been in your position before. They have had to walk through the door and take the first step to learning a martial art that has changed their life. We are a friendly and welcoming group who adapt our training to suit the needs of a wide variety of different levels of ability. So no matter what your age is, what your ability is, or what experience you have, our instructors will make sure you achieve your personal targets at Unit 1 – whatever they may be. 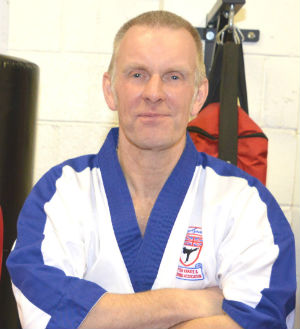 “I started boxing at the tender of 9, and have since been involved in martial arts in various forms for the past 38 years.

I’ve come through the ranks of Wado Ryu Sport Karate, becoming Assistant Instructor in my hometown club before progressing to Club Instructor, Regional Instructor and then Senior Instructor with a large national association.

In 2009 I decided to form the British Karate and Kickboxing Association (BKKA), which has since grown and achieved great success. I’ve coached over 50 students to elite black belt level, as well as guiding students to 41 different world title victories. The BKKA is also home to numerous British and American champions, as well as a Texan state champion.

I’m proud to have been awarded 3x Coach of the Year in my hometown of Chesterfield, as well as being runner-up in the Derbyshire Sports Awards in 2011/12. I was also given an Achievement Award in Orlando Florida for my contribution to sport karate in America, which was a great honour.

It’s my goal to continually forge links with sports clubs, colleges and schools throughout England, as well as with worldwide martial arts organisations. I’ve also recently been invited to be a specialist advisor to the Wado Ryu national team of Mauritius.”

“I started studying martial arts as a relative late starter in 1999, at the age of 28. I’ve always been interested in the martial arts, so deciding to take on the challenge of learning karate and kickboxing was a long held ambition. I achieved my black belt in 2007 and opened a club in Huddersfield shortly after.

“I’ve learned so much from studying martial arts, it’s now a great feeling to be giving back some of what I’ve learned over the years, helping the next generation of students to enjoy and benefit from martial arts in the same way I have.” 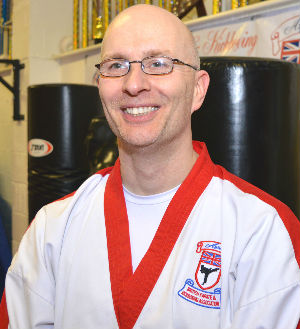 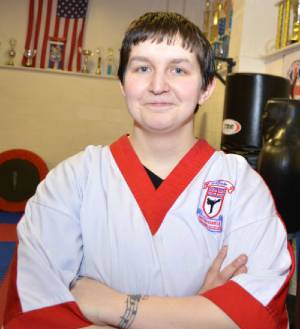 “My martial arts story starts at the tender age of 4 (I blame the Power Rangers). After nagging my mum for a long time about wanting learn martial arts, she eventually relented and took me to my first class.

After trying several different styles, including Kung Fu and Jiu Jitsu, and moving through various different clubs, I joined sensei Cartawick in 1999 and found that Wado Ryu Karate suited me the best. I enjoy all aspects of the discipline, from the kata and kata application to working with weapons, it’s so varied and there’s lots to consider and constantly work on to develop and improve.

I’m now a 3rd Dan black belt and instructor and feel very lucky that I’m able to share my knowledge with other like-minded people and help them progress through their martial arts journey.”

“I started martial arts training in 2003 and I haven’t looked back since. Karate has helped me in so many different ways, both physical and mental – it’s been a tool that has enabled me to develop my fitness and confidence levels.

Now I’m a coach as well as a student, so I understand how much I still have to learn and what it is like for a beginner to come in from day one. I also know how martial arts training can help people, so this inspires me to be a good coach and bring the best out in those who come to Unit 1.” 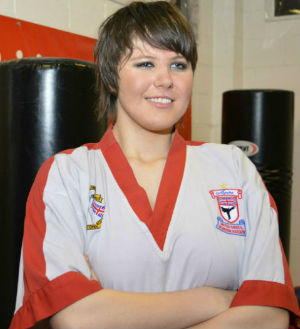 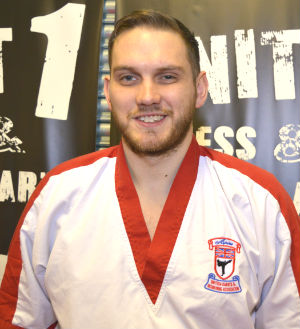 My name is Luke Barker, I began my martial arts career back in 1994. For the majority of that time I trained very hard and gained some reputable success. I gained my 1st Dan in 2006 and after nearly a decade of teaching I think now it is time to progress myself. In 2010 I was scouted for the Talent 2012 programme, which was an Olympic trial in Taekwondo. I had never trained in this particular martial art but due to my kicking skills I was chosen. I finished in the top 25 missing out to the sucesfull representative. From personal experience and from the people I meet I would like to say martial arts offers something for everyone. From fitness, co-ordination to confidence, including those who are being bullied. Martial arts gives you courage and confidence that makes the bully think twice. Along side training hard once again I am doing what I love most coaching and sharing my knowledge.

I have trained and competed in Wado Ryu karate and boxing since aged ten so for me it’s been a lifelong passion.

Today I still train and develop In Martial Arts and have also been an instructor for many years and my passion for learning, developing and teaching remains as strong today as it was the day I started. So far this journey has taken 36 years!. 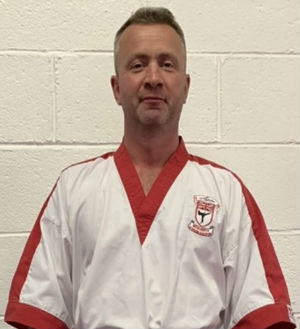 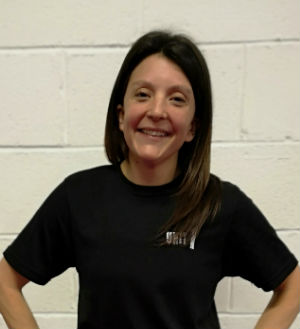 I have always enjoyed being active and have been involved in fitness for the majority of my life. I was part of many sports and fitness clubs throughout school, college and into my adult life, and have competed in swimming, table tennis and more recently Karate and Kickboxing. I have a passion for staying fit and healthy and love to push myself and see how much I can achieve. I hope to inspire others to live a happy, healthy lifestyle and achieve their fitness goals. I understand how important exercise is not only for physical health but also mental wellbeing. I am level 2 gym instructor qualified as well as qualified to teach boxercise, Fitness Pilates and Strong by Zumba.

HOW TO FIND US

Send Us An Email